Be it London, Paris or New York, there are plenty of poor people living in our midst. Many of them are homeless, while others just about manage in low-paid employment or on state benefits. But why is the gap between the haves and the have-nots ever widening? Why are the rich getting richer and the poor getting poorer?

This article attempts to explore some of the issues and causes of the ever-growing divide, while also highlighting the plight of countless poor people living in affluent societies.

According to a survey carried out by Credit Suisse last year, 1% of the world population own half of the world’s wealth. If you expand this share, 10% of the wealthiest adults now own 89% of the world’s wealth. This highlights enormous inequality, with Credit Suisse pointing out that the middle classes have been feeling the squeeze. Since the global financial crises, middle-class wealth has grown more slowly, in fact, many have pointed out that low and mid-income earners are now worse off than ever because wages have not kept pace with inflation. In the UK, the divide between the wealthiest members of society and those on the lower end has increased.

Identifying the Reasons for the Widening Wealth Divide

Opinions on what the causes of the ever-widening wealth gap are, differ. While some blame tax incentives for the rich and low corporation tax rates, others point to exceedingly low incomes and a rising cost of living. The housing crisis which sees many middle-income earners priced out of the market also plays a significant role.

There is a consensus, however, that the disparity of income exacerbates the problem. Surging profits do not filter down to workers, hence company wealth increases while worker wealth remains steady. As inflation rises, everyday items get more expensive, said incomes can no longer sustain the increasing expenses and people’s disposable income disappears.

As for the people living on benefits, the poverty trap is all but too real. Life on benefits excludes many from seeking gainful employment or providing a college education for the next generation.

Living in Poverty in an Affluent Society

If you are poor in an affluent society, you rely on government benefits and housing provisions. People with children struggle to make ends meet without spending wastefully because the benefits payments barely suffice for everyday necessities. With no money to spare to even purchase professional-looking clothing for a job interview, lack of access to training, the chances of making the transition from unemployment to employment are slim to none. Lone parents struggle even more because of the additional costs and the time-constraints of rearing children.

Homelessness has been spiralling out of control in many affluent societies because rents have been increasing at a faster rate than wages or benefit payments. Homeless agencies have been calling on governments to tackle the worsening housing crisis to little avail. Once homeless, seeking employment becomes a nigh-impossibility, while personal issues grow beyond what is manageable for the person involved.

Responsibilities of Governments and Corporations

Anti-inequality campaigners are urging governments of developed countries to do more for those on benefits and low incomes. Education must play a major part, in particular, giving access to college education to school-leavers of disadvantaged areas.

On the other side of the equation, many left-wing political groups have been calling for increases in corporation tax, the removal of tax incentives for the wealthy, as well as the introduction of a “rich tax”. Many believe that after bailing out banks following the financial crisis in 2008, it is now time to ease austerity measures and implement tax regimes that favour the low-paid.

In June 2015, the IMF published its findings on the causes and consequences of income inequality. To summarize the findings, the IMF highlighted that increasing low incomes for a large populous would fuel world economic growth, whereas increasing the income of the top 20% would, in fact, lower the growth rate. This may come as a surprise to many, however, the findings are in some ways self-evident. If all the people who are now on low or medium incomes were to receive a significant boost to their income, consumer confidence and spending would rise, which would obviously lead to global growth. In contrast, awarding pay increases to those who are already on high earnings would make no contribution to world economic growth.

The IMF recommends that each country should introduce policies geared toward raising low and mid incomes through wage increases and relevant changes to the taxation system. Furthermore, the IMF believes in the importance of protecting the middle class from sliding into poverty.

Through training and education, changes in taxation and wage increases, the economy as a whole would benefit and experience significant growth.

The Wealth Gap – Inequality Doesn’t Work, even for the Wealthy

An ever-increasing number of financial experts have been pointing out that maintaining the wealth divide potentially costs more money than a proper distribution of wealth would. Between benefits payments and donations to crippling nations, governments all over the world are pumping resources into helping the poorest of the poor in all the wrong ways. Rather than building a solid base for people on benefits or low incomes by increasing wages and changing taxation systems and thus allowing for more spending, governments are maintaining the wealth divide and opting to award tax breaks to those who do not need it instead.

It is simple, common sense to recognise that a more equal distribution of wealth would provide those on minimal incomes with the funds they need to spend. If the thousands upon thousands of poor people had more disposable income, spending would increase, as would government tax takes along with company profits. Everyone wins. 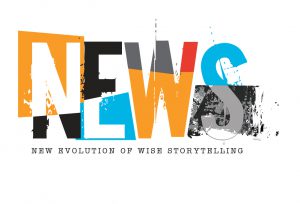